skip to main | skip to sidebar

More questions from the dark corners

The question formed itself almost instantly. I felt like I knew what was being attempted and why, right away--it had only been a matter of time until I ran into it--so I was really curious to see if it would be successful. The spark was Judith Freeman' new book, The Long Embrace, which attempts just that. In her case, the subject is Raymond Chandler and the lingering mysteries of his marriage, about which very little is known but the facts are intriguing, the biggest being that Cissy Chandler was eighteen years older than her husband. He didn't know this at first.

There are lots of biographies and histories that examine thematic through-lines in multiple people's lives or look at powerful people from a particular POV. But it seems to me that books like The Long Embrace are a very specific thing unto themselves. It's the book that Goes Back, like Cold Case Files. Goes back to find out (looking at my own literary passions for examples) more about the questions that linger in crucial or just sexy ways... Who the father of MFK Fisher's second child was, the name she took to the grave. How much Laura Ingalls Wilder's daughter really was involved in the writing of her mother's books. How Dorothy Sayers really felt about her illegitimate child. Why P.G. Wodehouse really did his war-time radio broadcasts for the Germans. The big unanswerables. Agatha Christie's eleven-day disappearance in 1926. All the life mysteries that linger despite (usually) multiple attempts at exhaustive biography, and the special mysteries that linger in the lives of writers, who alternately divulge and conceal so much.

Freeman in this case dug through every file (Chandler's papers are in both England and LA), visited every home in which the Chandlers lived (they generally moved a couple times a year--the list is endless), haunted every site of Chandler's letters and novels.

And did she Answer the Question? Is all revealed? 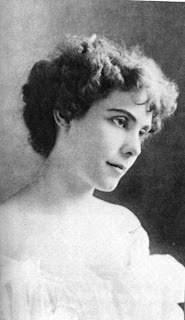 The answer's...neh. Not really. We still don't really know much about how their relationship reallly operated (Chandler burned all his wife's letters--Freeman didn't discover any new). She supplies new educated guesses about some facts of her life (an attachment to the Mensendieck Method for why she did her chores naked), documents the crumbling parts of LA that Chandler knew and lived in (his house in LaJolla, for instance), followed every footstep. We get a clearer sense of how Chandler eventually became complicit in hiding Cissy's age. Bits, pieces. But we never get the big payoff. In fact, in a late chapter in the book, Freeman documents all the evidence she really has about Cissy, and it amounts to 10 things, only, paper, photos and anecdotes. Her work has added to the list (e.g., she discovered the one photo that exists of both Chandler and Cissy together), but it's skimpy.

Don't get me wrong, Freeman fully inhabits what she's got. Some of the incidents she rounds out really do help us get a sense of what this woman might have been like, how Chandler was so attached to her, such as a meeting with George Cukor (somehow that just fits, given Cukor's talent with women). But in the end it still all feels vaporous, because it is. It's hard to get a sense of the power in the Chandlers' relationship, whether she was serving him, or he was serving her with their somewhat reclusive life. Cissy still....flits. The questions are still louder than the answers.

Is this because Lost Embrace is a focused book? Is it possible to not write about one aspect of somebody's life (Chandler's years in a boys school in England, e.g.) when attempting to understand another? In the other two Chandler bios, Cissy does seem even more of a mystery, but at the same time...the time spent describing his school years rings notes that get echoed later in Chandler's life and marriage. I'm not sure it works to tweeze out one part of someone's life. Although you could argue we don't need a third rehash either, though. Or do we?

So the question really becomes: is it worth writing a book to show process? A book about research? Is is worth publishing the (unanswered) questions? As expected (Freeman is a novelist) there is a lot of LA writing in the Lost Embrace, a lot of reaching for what it was that Chandler described so well, and so much before anybody else. We get to hear a lot about her driving around LA, hanging around the Bodleian, reading Chandler in LA's Union Station. There's a new go at the possibility of Chandler's homosexuality, his young life in LA, his relationship with his mother. She brings him to life again in some ways (the last Chandler bio was in 1997).

Freeman's a good writer, and I'm fully convinced you have to be a good writer to write a good biography, but I think the ruthless posture of a biography consumer is still the correct one. I am happy to have the few new revelations, new substantive speculation, but in the end...the goods are the goods. Without facts, the virtues of this book fell out of my grasp. Freeman's a good writer, but the reason I'm reading the book is Chandler's writing. Otherwise it's just a story about one really sad alcoholic.

So...close but no cigar. I'm a rabid fan; I won't kick this book out of bed for eating crackers. It's an easy read, and seeing the same questions I'm always asking on the page might create some new synergy at some point after some re-reading, some new relevation. It's going on the shelf with the other Chandler bios and his letters and maybe I'll find something I missed the first time around, something that makes me realize there's more in this book than I thought.

One last thought: even if Freeman had discovered piles of shaky 16mm film documenting every answer to the questions in Chandler's life, it still might not satisfy 100%. In fact it's sort of impossible, especially with biography, which succeeds not necessarily with the harshest glare of light--bright light and a punch in the kidneys, like a Chandler novel, which--note--never makes Marlowe talk. That's the other difficulty in all this.

I remember wondering once when I was a teenager looking at huge piles of remaindered autobiographies at Waldenbooks why we had any questions left. Why we as a culture are so avid for inside information, act like it's being withheld from us, when in fact the questions have all theoretically been answered. Everybody writes (auto)biography these days, we have everything from the horse's mouth. Everyone in the O.J. Simpson trial wrote a book, everyone in the Monica Lewinsky affair wrote a book. We do actually know everything. I mean...we should, right. We have all the information. But it feels like we don't. And sometimes...we really don't. Mysteries are strong, sometimes it's the pressure of knowledge itself that holds them in place. In the end it's all the same thing. The lesson of the 20th century in a nutshell: all this information...we know less.